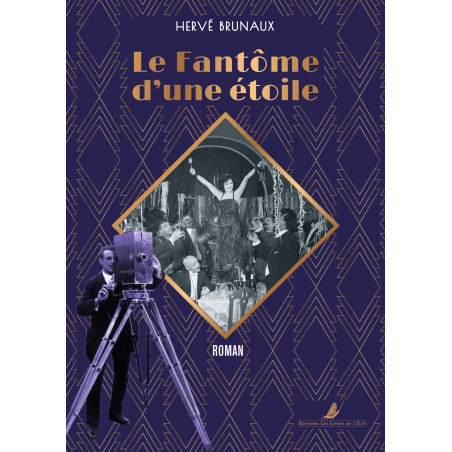 The Phantom of a Star

Sybil and Grégory's family offers themselves a break from Parisian life, renting a cottage in Périgord. Greg finds in the attic a diary that traces the life of actress Simone Mareuil. From then on, he never ceased to reconstruct the destiny of the young star of silent cinema, who takes flesh over the course of his memories revealed.

Simone is the heroine of one of the most mythical scenes of world cinema: it is her character who has her eye cut off with a razor in An Andalusian Dog by Luis Buñuel, considered the first surrealist film.
This "reinvented biography" plunges us into the whirlwind of the Paris of the Roaring Twenties. The Great War ushered in an era of unprecedented freedom. In the Montparnasse delirious of painters and poets, we cross paths with Simone the roads of the greatest artistic figures of the time.
The author pays tribute to an unjustly forgotten star, who marked the cinema of the interwar period. Implicitly, the rugged career of popular actresses, which in many ways joins some current feminist concerns.

Hervé Brunaux is a poet, novelist and journalist. He has published about twenty books with various publishers. In 2002, he founded the international festival of contemporary art and poetry, Expoésie.