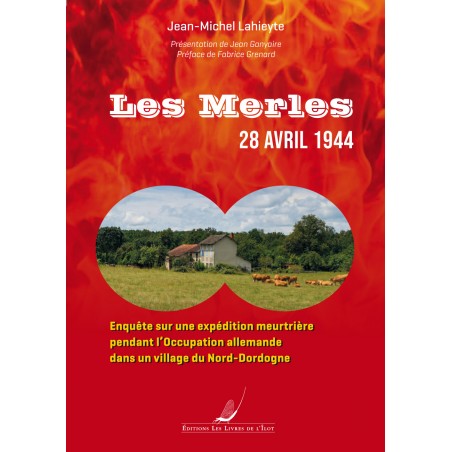 On April 28, 1944, a German expedition burst into the village of Les Merles. When the attackers withdrew, at nightfall, five young maquisards and five hostages were shot. Among them, the young Raoul Trémoulinas, resident of the place whose house is in flames.

75 years later, René his brother, Odette, Irène, Paulette and Marc, present on site, remember. From their testimonies, questions arise: the maquis, their relations with the population, solidarity, denunciations.

Listen to the witnesses' stories here

This book explores the details of the event at the same time as it reconstructs them in their broader context. It is based on numerous readings, years of archival consultation and a collection from many witnesses who lived through this period.

The investigation continued after the war with an exclusive study of the trial of Michael Hambrecht, the infamous German police chief of Périgueux, which took place in 1953 before the military tribunal of Bordeaux and with the slow path that led to the commemorations we know today. An original place is given to the Occitan language in which the witnesses had experienced what they report.

The author says in his introduction: "The Resistance continues to ask us questions. Getting to know it better can only improve the quality of the reflections it provokes." Beyond what we now call "the duty of memory", he seeks with this survey to share with us his historical curiosity.

Former teacher, Jean-Michel Lahieyte lives his retirement in Périgord. Passionate about history, defender of the Occitan language and sensitive to social issues, he is interested in the Resistance. He is involved in the memorial associations, ANACR, Amicale du Premier Régiment FTPF Dordogne-Nord. He wrote and presented an exhibition on "The threshing strike of the summer of 1943 in Dordogne Nord". This research was the subject of a communication and an article at the conference "Popular revolts in Aquitaine, from modern times to the present day" held at the Musée d'Aquitaine on 11 and 12 June 2021. Without ignoring anything of this tormented period, nor hiding the sympathy inspired by the young volunteers and Resistance fighters of 1943-1944, he looks at them in a way that strives to be just and as close as possible to the truth.

You can find two testimonials recorded for this book using the link below. One by René Trémoulinas and the second by Irène Dutriat, Paulette Ravier and Odette Martial with passages in Occitan. Other audio documents are available upon request from the author. 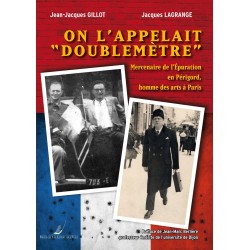 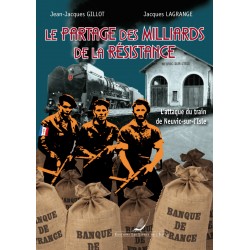 The Sharing of the Billions...